MoreMentum has four premiere projects that will soon be pitched to major studios, networks, and streamers. The diverse offering listed below exemplifies both our company’s mindset as well as our mission to help tell the stories of marginalized people of all walks of life. The times may be unprecedented, which is why our aim is to uplift people and show that the universal thread that binds us all is our humanity.   A brief logline and summary accompany each of our projects in addition to links to all supporting materials that will be utilized during our pitch presentations in the coming weeks. 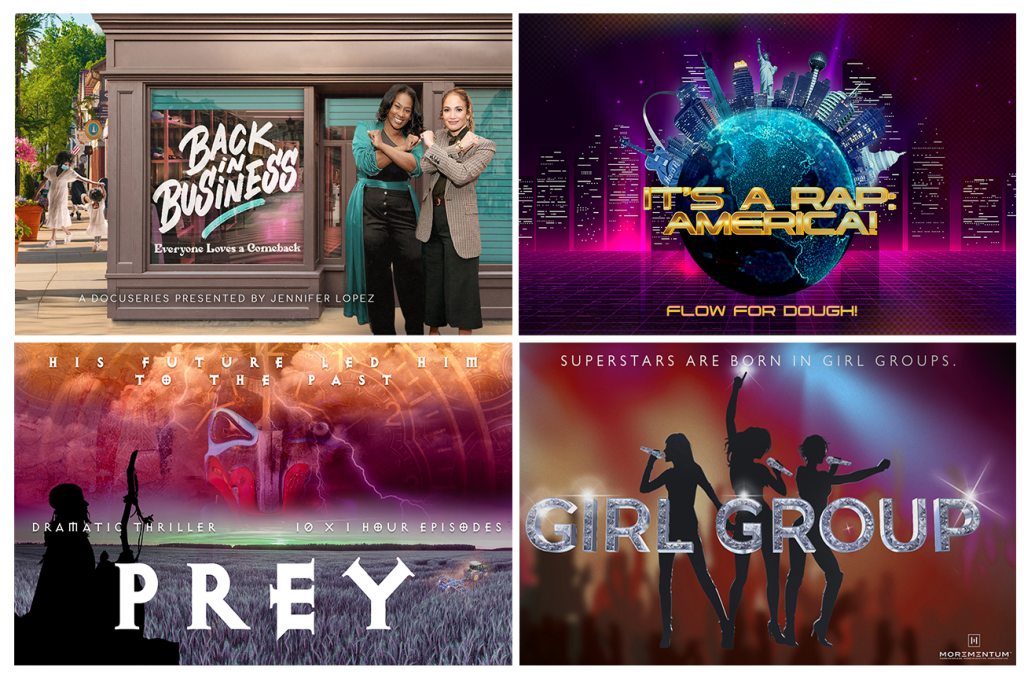 GENRE: Docu-Reality
A docu-reality series that gives a lifeline to struggling entrepreneurs whose businesses were devastated by the pandemic. Business owners across America will be given a second chance as their establishment is renovated and their spirits revived. This series will put the heart back in the Heartland.

GENRE: Game Show / Live Performances
A hip hop-themed game show with pop-culture trivia, TikTok-style music challenges with a live-rapping twist, and performances by today’s top artists and old-school musical guests. It’s network-scaled and features fun and clever questions that appeal to a broad audience from Gen X to Baby Boomers. Our unique format will bring together multi-generational audiences while also underscoring the universal, global appeal of hip hop, much like the 2022 Super Bowl Halftime Show.

GENRE: Thriller (Scripted)
A scripted fantasy drama that focuses on a modern-day Native American family. We follow a reservation police chief with special powers along with his wife and kids, including a young son who lives both in the present and the past. Their connection to an ancient clan of shapeshifters gives them the power to open a time portal between two worlds. (Note: The series will be pitched to HBO as we currently have an open door to the network and its subsidiaries, including HBO Max.)

GENRE: Musical Competition / Elimination
A singing competition series that spotlights aspiring, young female artists who will face auditions, eliminations, and a jaw-dropping transformation in hopes of being one of the final 3 girls chosen to form the next iconic “girl group”.  The series also includes a one-of-a-kind, “internal” elimination process that’s exclusive to this format.  (Note: Sony has recently expressed interest in this series.)