MoreMentum Events:
Stay tuned for updates on our next set of events for 2016/2017

We are currently planning our next of MoreMentum events for 2016/2017.  Check back soon for details! 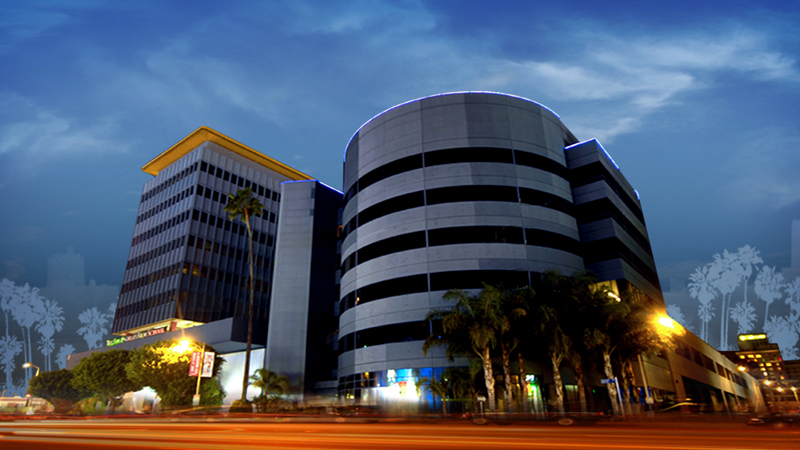 For those seeking more momentum in their acting, writing, producing and filmmaking, they were surely inspired by attending MoreMentum Entertainment’s™ (MME) very first seminar series, X-Perience MoreMentum.  This debut event was presented by MoreMentum’s very own Co-Founders, who have worked as industry insiders for a combined experience of 30 years.  From television and radio to digital and film, MME’s Co-Founders knowledge is culminated as working industry professionals for such outlets as E!, Style, Bravo, BET, TV One, AOL, Game Show Network, Sirius XM, The NAACP Image Awards, Spike Lee’s 40 Acres and CBS/Paramount.

We know how tough the industry can be and too many people give up on their dreams because they lack the support, direction and motivation to realize their full potential.  That’s where MoreMentum and its founding principles enter the picture.  Our mission:  To merge INFORMATION with INSPIRATION.  And our debut event – X-Periene MoreMentum – did just that for college students, working industry professionals, and those seeking career change. 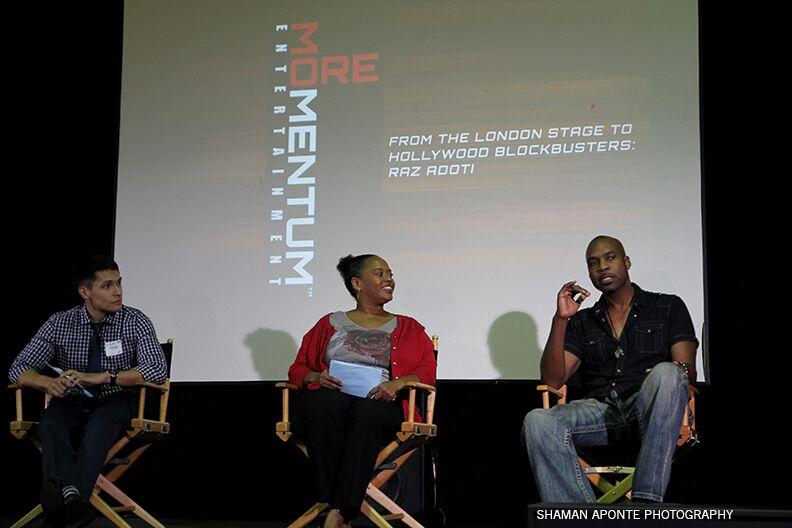 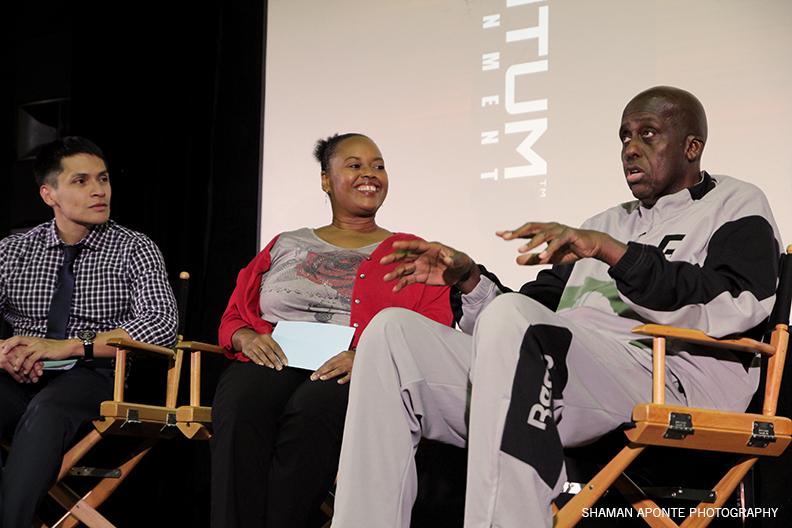 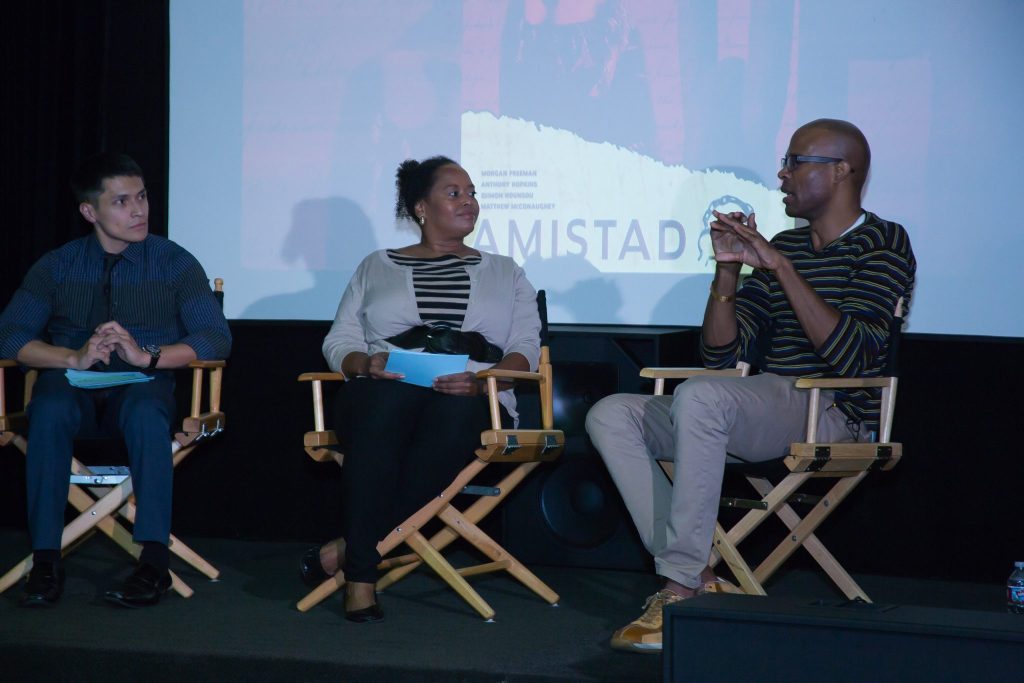 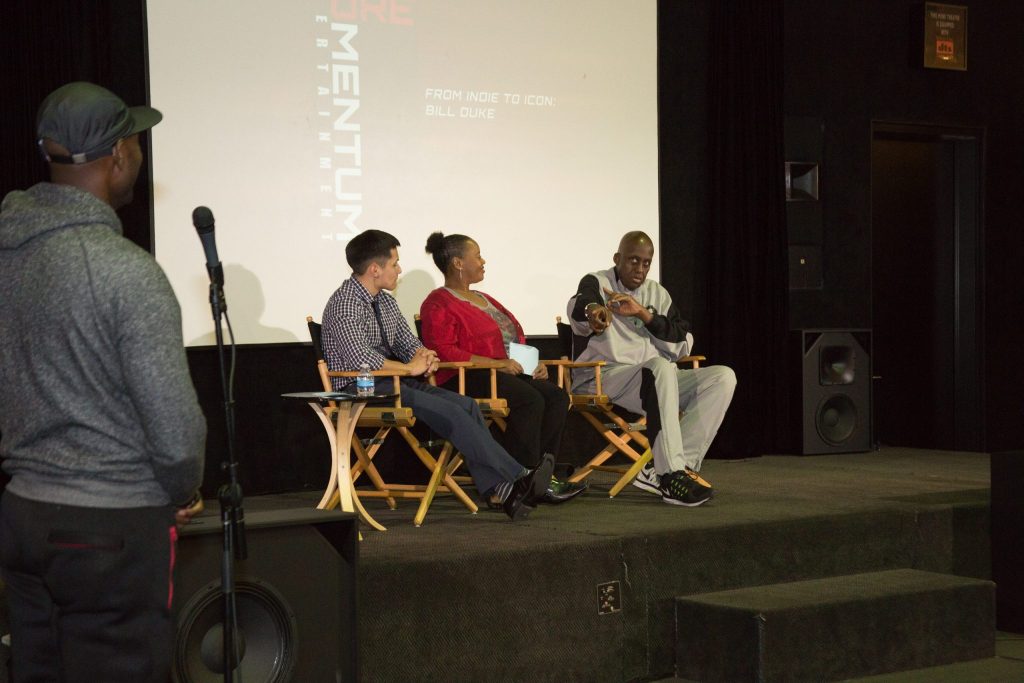 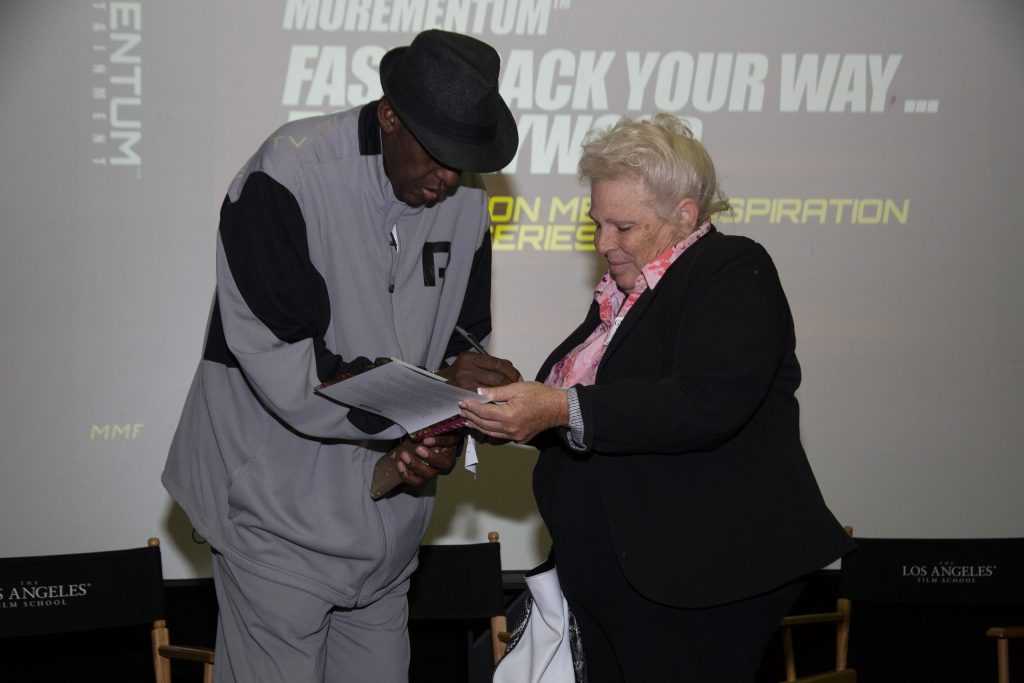 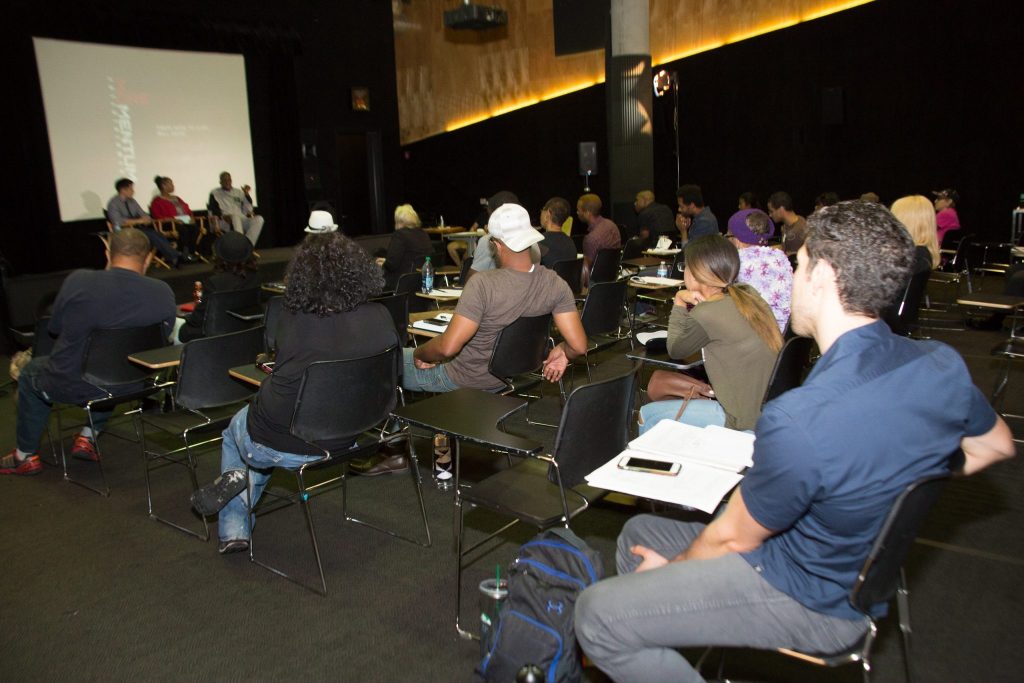 Check out the links below for seminar highlights:

MME SESSIONS: Bill Duke Talks “Car Wash”, “American Gigolo” and Standing the Test of Time By Avoiding Being “Typecast from MME_Online on Vimeo.

MME SESSIONS: Bill Duke Vs The ORIGINAL Predator: Surviving the Jungle & A Big Star Who Couldn’t Take the Heat & Got Cut! from MME_Online on Vimeo.

MME SESSIONS: Bill Duke Shares How He Battled Colorism In Hollywood & His Personal Life…And Won from MME_Online on Vimeo.

MME SESSIONS: Bill Duke’s Vision of a Brighter Tomorrow: Words to Live By & Inspiring Young People from MME_Online on Vimeo.

“Black Hawk Down” Star on ‘Acting’ in a War Movie, Plus Risky, Bold Move that Landed Him “Resident Evil” Role from MME_Online on Vimeo.

How To Create Powerful Emotion in Acting: Hollywood Star Tells Acting Secrets of Sir Anthony Hopkins from MME_Online on Vimeo.

Below is detailed information for this seminar’s sessions:

KUKHAUTUSHA CROOM—Writer/Producer (Baggage, BET Awards, ComicView, Image Awards) and Co-Founder of MME will share her vast knowledge on writing and producing multiple genres as well as reveal her secrets on how to secure a studio pitch meeting (without an agent), write a winning pitch deck, and what to avoid when pitching to top level executives.

SESSION 3: RAZ ADOTI:  FROM THE LONDON STAGE TO HOLLYWOOD BLOCKBUSTERS

Actor, Director, Producer and Humanitarian, Bill Duke, the founder and CEO of Duke Media, is dedicated to bringing “Edutainment” to you. Formerly Yagya Productions, the organization, under his leadership has been successfully producing film and television for over 30 years. A rare talent, he along with Michael Shultz and Gordon Parks paved the way for African Americans in Cinema beginning in the early 1970s. Bill Duke excels in front of and behind the camera and is unprecedented in his ability to be recognized as a mainstay in Hollywood. His acting and directing credits are extensive and include television series Falcon Crest, Fame, Hill Street Blues, and most recently, a pilot titled Blexicans. His feature films include fan favorite Sister Act 2: Back in the Habit, Get Rich or Die Trying, Deep Cover, Hoodlum, Predator, Menace II Society and Not Easily Broken, to name a few. Most recently, he was nominated for an NAACP Image Award at the 45th NAACP Image Awards for his groundbreaking documentary Dark Girls, which aired on OWN and succeeded as one of the most successful shows in the network’s history. BIll Duke’s contributions to the film industry have not gone unrecognized. Over the course of his career, he has been appointed to the National Endowment of Humanities by President Bill Clinton, the Board of the California State Film Commission by former Governor Arnold Schwarzenegger, and he was honored by the Directors Guild of America with a Lifetime Achievement Tribute. Equally important are his humanitarian efforts as Bill Duke devotes his time to charity and not-for-profit organizations. He is also on the Board of Directors of Educating Young Minds and recently established the Duke Media Foundation, which teaches media and financial literacy to young people.

Razaaq Adoti (aka “Raz”) was born in England to Nigerian parents. He started his career on the stage at age 17. While still in college, he was cast as Nathan Detroit in the National Youth and Music Theatre Company’s (NYMT) production of Guys and Dolls. He earned his Bachelor of Arts degree in acting at the prestigious Central School of Speech and Drama. Upon graduation, he was signed by one of London’s most reputable talent agencies and in 1997, he was cast in a major supporting role in Steven Spielberg’s historical epic, Amistad. After completing his critically-acclaimed role as “Yamba” in Amistad, Adoti returned to London and worked on various television and film projects. In 2001, he played the main antagonist “Yousuf Dahir Mo’alim” in Ridley Scott’s blockbuster film, Black Hawk Down. Since then, Adoti has gone on to co-star in Resident Evil: Apocalypse, opposite Milla Jovovich; Doom alongside Dwayne Johnson; Cover, directed by Bill Duke; and most recently, The Summoning with Danny Trejo. Adoti’s past television credits include the CBS hit series NCIS, Sky One’s award-winning television drama Dream Team, BBC’s BAFTA award-winning miniseries Holding On, ITV’s award-winning television drama, Soldier Soldier and Channel 4’s controversial miniseries Men Only.

Cinque Henderson attended Harvard University and was mentored by renowned professor and celebrated author, Henry Louis Gates. Henderson received his introduction to the entertainment industry as an intern for legendary filmmaker Spike Lee at 40 Acres & A Mule Filmworks (40 Acres). While interning at 40 Acres, Henderson devised a campaign that was responsible for registering over 3,000 people to vote. After that, Henderson was handpicked to travel to South Africa to help register citizens to vote, a year before their first free elections that ultimately led to Nelson Mandela being elected President. Upon graduating from Harvard, Henderson worked on Wall Street before landing a position at DreamWorks as a Creative Executive, working on Steven Spielberg’s critically acclaimed epic Amistad and the popular family comedy Mouse Hunt. But after spending several years reading hundreds of scripts, developing hit projects, and honing his talents as a producer, Henderson left DreamWorks to pursue his own dream. Now, he’s an accomplished writer who has worked on some of the biggest shows on network and cable television, including HBO’s award-winning series The Newsroom and NBC critical hits Studio 60 on the Sunset Strip and E-Ring.