In the second part of this exclusive MME interview, special effects make-up artist and creature designer Arjen Tuiten (“Maleficent”, “Unbroken”, “Thor”, “Pan’s Labyrinth”) tells how he broke into Hollywood with the help of legendary & Oscar winning visual effects make-up artist — the late Stan Winston (“Jurassic Park”, “Aliens”, “Edward Scissorhands”, “Terminator 2: Judgment Day“). Plus, Arjen reveals the profound & unexpected moment when his talents paved the way for his destined journey: being taken under the wing of another lifelong idol, special effects make-up legend Rick Baker (“Maleficent”, “The Ring”, “Men in Black”, “An American Werewolf in London”). Now, with several major films under his own banner (the upcoming horror sequel “Rings” and Rob Reiner’s bio-pic “LBJ”), Arjen’s R-E-N Studios is ready to create the next generation of special effects make-up movie magic.

Arjen Tuiten – Terminator 3: Rise of the Machines (for Stan Winston)

Number one for a movie is of course, story, so I always read the script, because you get a feel kind of like what they’re looking for or what the overall vibe is.  Kind of sit back sometimes and do some drawings or very crude little stuff.  It can be anything.  And then the director or the producer is like, “Oh, I really like that…” or “that’s great, I didn’t think of that.”  I’m actually very dyslexic.  Never read or can calculate very well.  Every since this little [hand gesture] always sculpting and just…do.

When I first arrived in Los Angeles, I was 19, and uh I was interning.  I had a little working visa or at least I could intern.  I wasn’t allowed to make any money.  But I never let go of the passion, so I always made sure I was able to survive and never gave up on it, even though there were moments when I was like, “What am I doing?”  But pretty quickly, Stan [Winston] actually said, or there was kind of like word that…”we gotta keep him around”, and of course, I was hoping for that.  I was working very hard, but he was very nice that he eventually sponsored me and got me my green card, and two other working visas.  It’s forever changed my life.

In 2008, Stan Winston passed away, and — it was such a sad moment for the industry, but also for all the people that worked there [Stan Winston Studios] and then that formed Legacy FX.  Three years went by, and I got an email from Rick Baker who just like Stan — I mean he’s one of those iconic figures that I’d followed for years — I know all his work and he asked me, “Hey, I have maybe this project…”  It was Maleficent.  It was one of those milestones again, we had Dick Smith, and then I had worked with Stan Winston and then Rick Baker.  So, I started working for Rick, and… I met Angelina Jolie at Rick’s Studio at Cinovation and doing that with Tony G. for Rick Baker.  That is a prosthetic make up combined with a beauty make up.  Especially as a special effects make up artist, you also have to know regular make up.  I think she was in it for 70 days, and it was a three hour make up.  It ended up being a good working relationship with Angelina as well, because umm, not long after that, I did Unbroken.

An interesting part about effects make up is that you work so closely with actor’s in trying to work out a system, because it takes a long time to get glued into all this stuff.  It is a mindset as an actor to get yourself into.  As you go along, you find a system and you’re very punctual with what goes on first, which glue, which brush.  But it’s definitely a team effort.

After Maleficent with Rick, I came back to Cinovation, and then he eventually said, “You know, I think I’m gonna close this place down.  I’m 63 now.”  But he actually said to me, “Look, you’ve worked for Stan, you’ve worked for me, you’re too good to work somewhere else again.  Now you need to do your own thing.”  The process for now that I have my own company [R-E-N Studios] is the same drive and it’s the same…anxiousness to get something great on film.

I got to do Rings, we finished Rings for Paramount and uhh — that was a fun character to re-visit.  Actually, the first two films were done by Rick Baker.  Samara make up, as quickly as you see her, takes about six and a half hours to get her in, because she’s completely covered in prosthetics.  And she has this whole water rig under her dress that makes her drip water constantly, and she has this wig and contact lenses and all this stuff.  Not long after that actually, I got an offer for LBJ, which is going to be directed by Rob Reiner, and it’s starring Woody Harrelson.

Woody has never been in any prosthetics.  So he was very nervous about it on top of, you know — and then he has to perform his roles.  I also don’t wanna cover up the actor.  Woody is amazing and people wanna see Woody.  It’s more creating an essence of LBJ:  A full silicone neck, cheeks, chin, a nose, dentures, contact lenses, bigger ears, and then a toupee.  I think we got the make up down to an hour and a half, which is very fast.  Rob and me and everybody, the producers…they were also so thankful, including Woody at the end. He’s like, “I couldn’t have done this character without these pieces.”

No matter how hard it gets and how far away it may seem, you gotta be willing to work hard.  Just work.  Long after I’m gone, there will be some kid, somewhere in the world that will look at Pan’s Labyrinth and will look at The Pale Man and get inspired by it.

Follow it with your heart.  If it doesn’t come from the heart, it’s never going to make you happy. 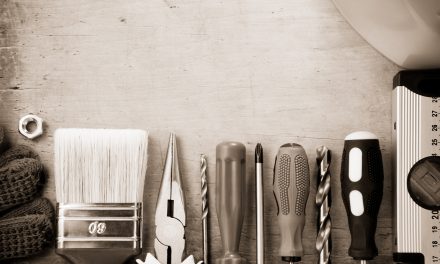 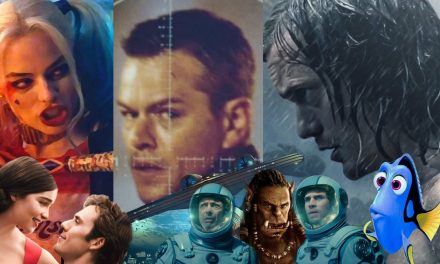 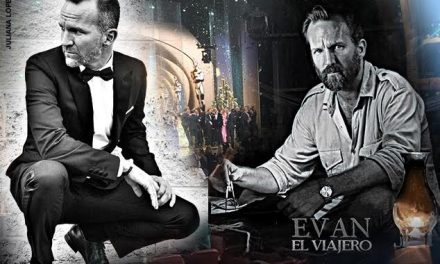 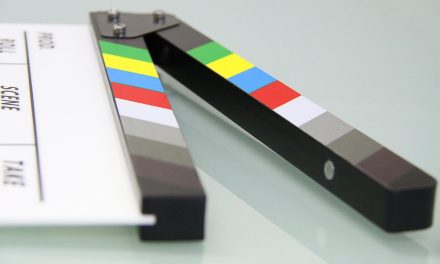 7 Ways To Break into Hollywood: My 1st Victory in TV Jobs