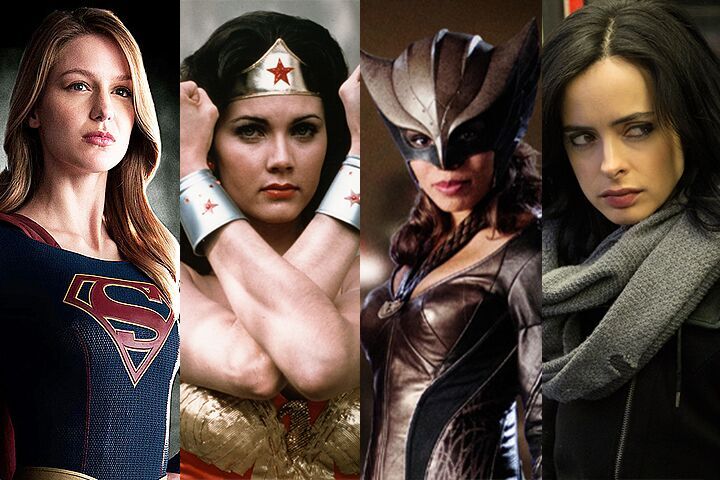 From Wonder Woman to Supergirl:  Escaping the Shadows of ‘Super’ Men and Saving a Generation Absent of Superhero Women

When Supergirl (aka Kara Danvers) starring Melissa Benoist landed on the CBS line-up in 2015, it had been 40 years since a female superhero had been the lead in a primetime show.

And the most recent small-screen portrayal of the Kryptonian family crest  “S” has proven stronger than ever, grounded in the harsh reality of today, which includes the battle of being a modern day woman.

“For the last twelve years I hid who I was. I don’t have to anymore, And I don’t want to waste a minute of it,” says Kara.

And she shouldn’t hide, as super ‘women’ have proven non-existent in the minds of studio and development executives for quite some time. 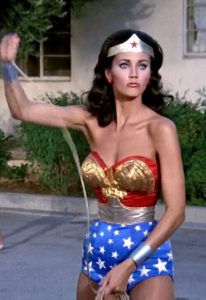 In 1975, Lynda Carter exploded onto the scene as Wonder Woman (aka Diana Prince), the female heroine with herculean strength as well as a “Lasso of Truth”, “bullet-shielding bracelets”, “projectile tiara”, and “invisible jet” in tow.

Carter was the perfect actress to bring the DC Comics’ Amazonian goddess to life and with her supermodel beauty; it was as if the character had literally jumped off of the page and onto the TV screen.

And for four fangirl years up to 1979, young girls across America were allowed to dream of being the one doing the saving instead of waiting for a man or male “caped crusader” to drop in and save her.

It was a powerful boost to a girl’s ego and emotional growth because it allowed females of all ages to believe that within her own mind, body and inner-will lays the physical power to protect her own self and those she loved.

I’m sure most young girls at the time weren’t making the correlation to feminism, but I’ll bet moms were cheering every time their daughters asked for a Wonder Woman action figure, Halloween costume or other marketing device that continuously imbedded the image of superhero women into the psyche of a male-oriented genre and world.

The Wonder Woman character almost made her debut in 1967 when William Dozier, the producer of the Batman TV series cast Ellie Wood Walker to play the lead role, but unfortunately, the idea only got as far as a screen test.  (The same fate plagued the heroine again in 2011 when David E. Kelley’s pilot of Wonder Woman was scrapped by NBC.) 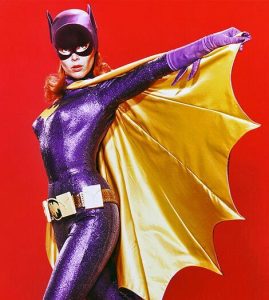 But, Wonder Woman can’t take all of the props for breaking the male-dominated, super hero, TV glass ceiling.

That honor goes to another DC incarnation—Batgirl (aka Barbara Gordon), a character that sprang to life on the 1960s hit TV show Batman that starred Adam West as the lead wisecracking superhero of the same name and ballerina turned actress Yvonne Craig as Batgirl.

Craig wore her cape with pride in 1967, the last season of the three-year run of the popular series and she made an impressionable and indelible mark on young girls especially around the world.

At the time, it was revolutionary to see a female character on TV don a cape in the heroine role instead of playing an evil female nemesis like Catwoman—who also appeared in the Batman series.

The character was played to purrfection by two beautiful actresses of the time Julie Newmar and Eartha Kitt.

Many years later, Michelle Pfeiffer and Halle Berry would also slip on the iconic latex onesie to play the feline fatale in feature films. 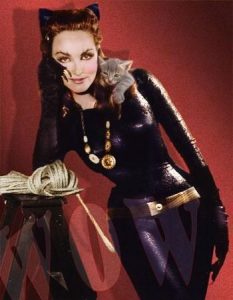 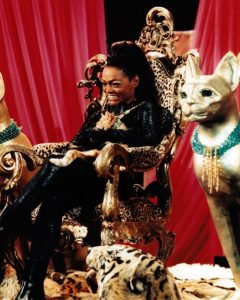 The 1960s incarnation of Batgirl was an earnest effort to give women a female superhero with which to identify, but at times, they fell short in the messaging department.

Batgirl didn’t have the power to fly, but she drove an awesome motorcycle, wore a mask, tights and cool gloves. By the same token, she was still subject to being described in one episode as the “domino dare-doll”—yeah, a tad sexist to say the least.

But to be fair, in another episode Batgirl was about to run into a building to save the day when an elderly woman standing nearby shouted, “You can’t go in there, you’re a woman.” Those words fell on deaf ears as Batgirl burst into the building and proceeded to kick-butt and take names before Batman arrived to save the “rest” of the day.

Batgirl definitely planted a seed that would take time to grow because society had to catch up to the concept of women having the capability of being both strong and sexy at the same time—cue the 21st Century and Jessica Jones.

In 2001, the Jessica Jones character joined the Marvel universe and in the comic book world, that’s a relative newcomer on the scene.

She rocketed onto the Netflix landscape in 2015 and her character was heralded for wearing everyday clothes in lieu of a costume.

Fangirls and critics alike gave Jessica Jones two thumbs up for portraying a character with real-life complexities, including being unsure of her place in the world, not getting enough rest, and trying to balance life and work—which, in her case is a detective agency that overlaps with her drinking problems and utter disdain of the use of her superpowers.

Jessica Jones has superhuman strength, but she’s reluctant to use them. She can also fly, but tries to get around utilizing that power too every chance she gets.

Regardless, Jessica Jones is an intelligent, brooding, super strong, dark and mysterious crime fighter (and business owner) who exacts heroism whenever the opportunity arises and her brand of kickass is desperately needed.

Fangirls and fanboys everywhere rejoiced to hear that a third super-heroine was joining the 2016 TV line-up.

The CW network introduced Hawkgirl (aka Kendra Saunders) played by Ciara Renée in a cameo appearance in the 2014 season finale episode of The Flash.

This time around, Hawkgirl will join the cast of DC’s Legends of Tomorrow alongside a long list of fellow superheroes, including Firestorm, Heat Wave, Hawkman, and Rip Hunter, to name a few.

Hawkgirl is an interesting character in that she is a young woman who is just now coming to grips with the fact that she is some type of warrior who has been repeatedly reincarnated down through the centuries.

Whenever she feels threatened or angry, her warrior superpowers are revealed as wings grow out of her back and her serious superhero butt-kicking powers are dialed up to the highest level.

Unlike Jessica Jones who performs her heroism in street clothes, whenever “Kendra Saunders” is provoked into becoming Hawkgirl, she changes into a form-fitting leather jumpsuit, boots, gloves and matching wing-shaped helmet in order to harness her superpowers.

Either way, superhero women have truly come a long way since publisher Fiction House introduced the very first female comic-book superhero in February 1940. Her name was Fantomah “Mystery Woman of the Jungle” and she was pretty scary and super badass. 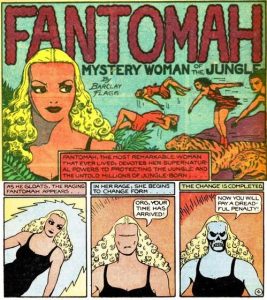 Her main objective was to protect her jungle paradise and its animals at all cost, but when she felt threatened, her face transformed into a blue skull and that’s when the “ish” would really hit the fan.

Fantomah had superhuman strength, could turn objects into whatever she wanted them to be, and was known to mutate humans into other forms—oh yeah, and this chick could also fly.

Fantomah definitely deserves the credit for jumpstarting the trend of taking a male-driven medium and turning it into a thriving industry that also allows women to be empowered in their own right as well.

Comic books are steeped in fantasy. That being said, the idea of allowing average, working class women like Jessica Jones, Supergirl and Hawkgirl to have complex personalities with multi-layered emotions and top that off with the ability to soar (literally and figuratively) above any obstacle is pretty cool. It’s something that needs to be promoted and championed in the real world too.

Superhero women are flying high and showing the world that it’s perfectly fine to have a ‘super’ man in your life, but true strength comes when every girl realizes that there’s a ‘wonder’ woman living inside each of them.

“Of all people, you know who I am…who the world needs me to be. I’m Wonder Woman.”  -Infinite Crisis #1 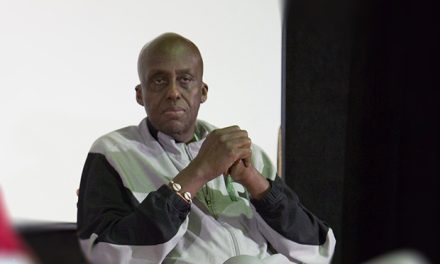 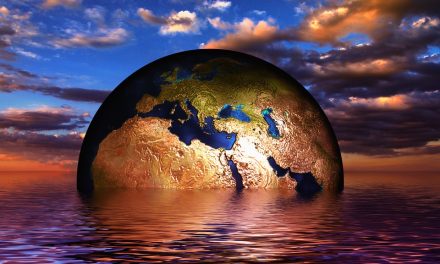 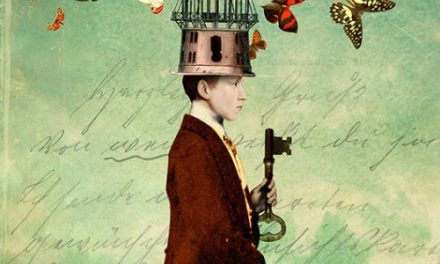 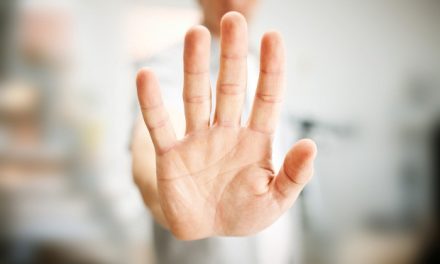 Key To Success: Don’t Let These 5 Career Myths Stop You