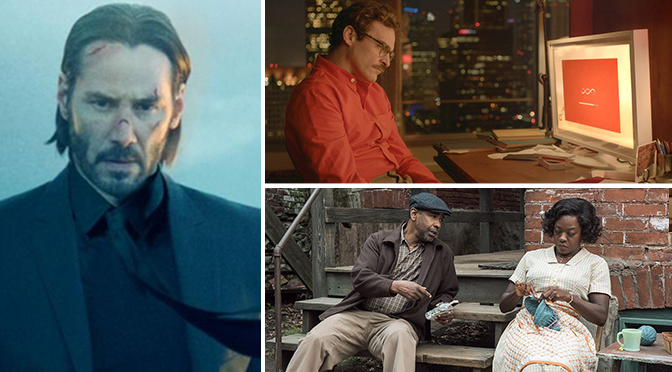 Happy Valentine’s Day, or as I like to say, “Happy Top Love Movies Day”, being the self-professed guru of Netflix recommendations.

The “Heart Holiday” is more than just a day for giving my girl chocolates, flowers, and a romantic dinner at her favorite restaurant—although all of those things are checked off my list.

Today is also about embracing the different connections that we have in our lives.

These complicated yet important life intersections are rarely explored when it comes to Valentine’s Day-based films. This is why we are redefining the “love film” by going deeper than the boy-meets-girl-and-falls-in-love story.

Check out these must-see flicks that may have your heart skipping a beat…and realizing love breaks all boundaries.

Premise: A happily married, young wife suffers from amnesia after a near fatal car accident. When she awakens from a coma, her loving husband attempts to help restore her memory and repair their marriage.

The Love Story: This charming love movie stars Channing Tatum and Rachel McAdams as happily married couple, Leo and Paige Collins. They start out as the perfectly compatible couple who love art, music, tickling one another, and being inseparable. Suddenly, things change when they are involved in a near fatal car accident and Paige suffers a brain injury and is placed in a medically-induced coma. When she awakens, she suffers from amnesia and only remembers her life up to the point where she was engaged to her ex-fiance. It’s at this point that Leo realizes that there was a side to Paige that he actually never knew: she wasn’t always a vegetarian; she’s a shallow rich girl; and she didn’t always appreciate art. Leo loves Paige, but she rejects his embrace because her last memory of love is being engaged to Jeremy. Leo is now faced with his own dilemma. His memories are of a woman that he no longer recognizes and he must decide if this new side to Paige is a side worth fighting for. The movie is based on an actual couple (Kim and Krickitt Carpenter) and in the real-life scenario, the wife never regained her memory. But, even with what sounds like a dismal end to the story, the Carpenters ended up madly in love (again) with two kids and a happily-ever-after marriage. This film proves that not even amnesia can erase true love.

Premise: A retired contract killer seeks revenge after a band of gangsters take everything from him, including a special gift from his wife.

The Love Story: I love this movie because it shows what can happen when you push a person too far, without knowing what they’ve been through. When a group of Russian gangsters decide to beat John Wick to a pulp, steal his car, and kill his dog. They thought they were sending a message. What they were actually doing ultimately was setting in place a string of events that would eventually lead to their demise. What the gangsters didn’t know was that the dog they killed (Daisy) was given to John by his late wife to help him cope with her death. John would drive around in his classic ‘69 Mustang with Daisy and try to forget the pain of losing the love of his life. When this one piece of solace is taken from him, John goes completely ballistic. Now it can be debated whether or not John’s reaction fits the crime, but the bottom line is…true love never goes away and if somebody tries to come between that, it could cost them their life.

Premise: A documentary on the rise and fall of O.J. Simpson, following the circumstances of the trial of the century, where Simpson was accused of murdering his ex-wife Nicole Brown and her friend Ron Goldman.

The (Tragic) Love Story: There are three things you don’t talk about in America if you want to avoid argumentative banter: religion, politics, and O.J. Simpson. Everybody has their opinion on whether or not Simpson killed his wife, and on the reasons why the jury came to the conclusion that he was not guilty. What gets lost in all of the commentary is the tragedy of two people who were once in love, and how both of their lives were ruined forever in one night. In this seven-hour documentary, you get a chance to see the whole story of Simpson and Brown, and what struck me the most was how genuine and sweet their love seemed at first. From my perspective, no one will ever know what happened that night, but what seems pretty evident to me, was that true love was once there between these two lost souls.

Premise: An old movie star and a young college graduate forge an unlikely friendship when their paths cross in Tokyo.

The Love Story: Chances are you either think this movie is a subtle masterpiece, or a flat waste of time. I fall somewhere in the middle, but anything with Bill Murray in it is a winner for me. Murray plays Bob Harris, an aging movie star in Japan shooting a whiskey commercial, and taking a break from his wife and kids who seem to be sucking the life out of him. His co-star Scarlett Johansson plays Charlotte, a recent college grad who followed her neglectful boyfriend on a business trip as she is in the midst of finding herself. When Charlotte and Bob meet, they form a bond that seems to be what both of them need at that particular time in their lives. This film is all about connection and how sometimes we can meet people and feel like we’ve known them our entire lives. To me, that connection is love in and of itself. If we all took the chance to get to know the people around us, regardless of circumstances, we might find more connections that can help you see the beauty in life.

Premise: A lonely letter writer falls in love with an operating system.

The Love Story: Before you judge the main character, Theodore, for falling in love with a computer…understand that the voice of the computer is Scarlett Johansson and she has a sweet voice, to say the least. Now that we got that out of the way, let’s talk about why this is the most important movie about love in years. Whether you want to admit it or not, we are all in love with computers, aka our smart phones! While a lot of couples will be out on dates for Valentine’s Day, there will be significant portion of citizens who will be on the couch caressing that smart phone. They’ll be swiping on Tinder, liking on Facebook, and Tweeting on Twitter. So if you want to take it a step further with your pocket computer this V-Day, watch Her because writer Spike Jonze has the blueprint for real computer love.

Premise: A street thief pretends to be a Prince in order to marry a beautiful Princess.

The Love Story: The love story here is obvious, yet troubling. Aladdin meets a genie who turns him into a Prince so he can win the favor of the woman he loves, only to find out that she loves him for who he is. Now that’s a cute Disney story. But if Aladdin wouldn’t have lied, he probably wouldn’t have gotten the chance to get to know Jasmine the way he did; which eventually led to him winning her heart. In my humble opinion, this has led to years of men telling foolish lies to gain the favor of a woman. Yes, I went there with Aladdin, and I stand by my theory.

Premise: A neurotic New York writer tries to find out the reasons for his failed relationship with Annie Hall.

The Love Story: In traditional love stories, the guy falls in love with the gal and sweeps her off her feet until they fall in love happily ever after. In real life, we all know this is not the case, and Annie Hall follows that same logic. If you need a dose of reality when it comes to being in a relationship as an adult, Annie Hall is your best bet this Valentine’s Day.

Premise: A couple goes through a messy divorce, which leads to a bitter custody battle over their young son.

The Love Story: When I was a kid, my mom would always give my siblings and me something small on Valentine’s Day just to show us that we were loved. This memory always comes to the surface this time of year, and this film evokes the same emotion for me. When Ted Kramer’s wife leaves him, he was forced to change his parental role and bond with his son in a more emotional way. If the holiday is meant to celebrate love, it shouldn’t be restricted to just romantic love. Love between parents and their kids are just as important.

Premise: An emotionally immature college graduate has an affair with the mother of his girlfriend.

The Love Story: This film has one of the best wedding scenes ever. It’s hard to imagine a woman forgiving a man after she finds out that he’s been having an affair with her mother, but young love can be crazy. Love can also be impulsive, especially for young people. This is the story of what the consequences can be for both of these urges.

Premise: A former Negro league baseball star becomes agitated with his life as a garbage man in Pittsburgh, which leads to severed relationships within his family.

The Love Story: The other films on this list deal with relationships between two people. This film deals with love within the family structure. Through thought-provoking and funny conversations, we meet a working class family trying to love each other while creating a space for their own identities. The family structure is important, and the basis for all love if you ask me. This is why I believe Fences is #1 on our list of top love movies. 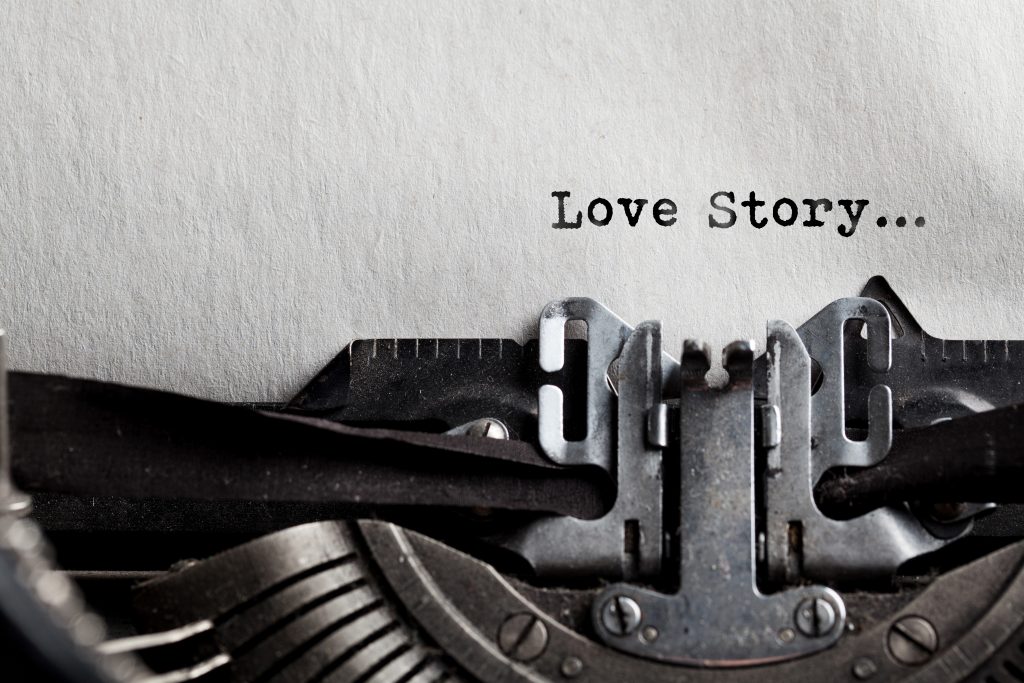 These are my favorite top love movies that give a different spin on the traditional love story. After all, we just wanna feel connected to somebody or something that helps us better relate to, or understand the humanity that beats within us all. 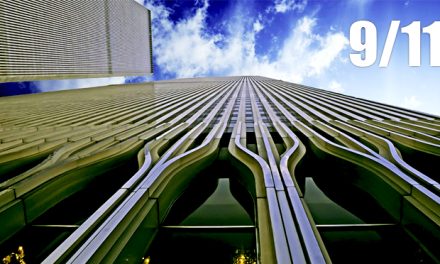 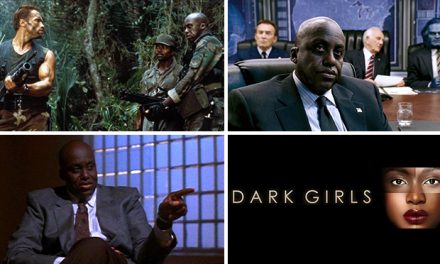 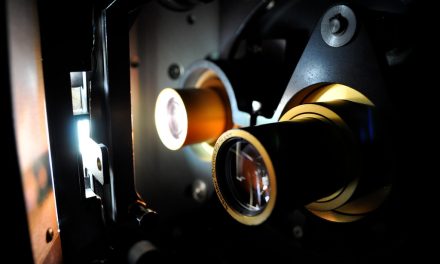 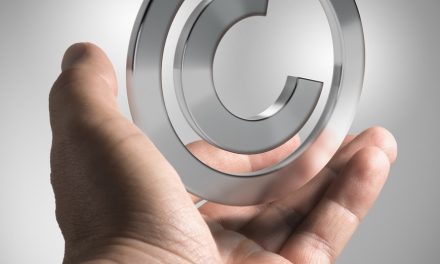